And her crime? Just being who and what she is.

I’ve been thinking about these past few weeks and where my mind has been… I have said before and I will say again, depression is a serious mental issue which cannot be taken lightly. For me this has been proven true more times than I care to think about, including right up to this moment.

I know people will tell you finding yourself in difficult times isn’t something which make you feel like a failure, but such words fall on deaf ears when you find yourself in the middle of the storm.

I felt as if I had failed myself, A, my family… I even said at one point I was proving to being a self fulfilling prophecy in being the failure my mother had predicted. What is more, I found myself completely spent; physiologically, emotionally, and physically. I simply didn’t have the strength to keep fighting and I was more than willing to give up. The only thing which was keeping me going was the medication I was on as it provided a buffer between myself and the ever deeming well of despair which was engulfing me.

I told A I missed the noise. The chaos. The emotional storms which had ripped through my mind for so long. The center of calm where I found myself felt artificial… alien. This wasn’t me. It never had been.

There was the knowledge deep inside those around me, indeed the entire world, would be better if I weren’t here… Selfish right? Egotistical, narcissistic… I’m sure there are more descriptive words for what I was feeling.

None the less, I wanted it to end. By ‘it’ I mean everything including my continued existence. Still I knew as long as the barrier was there, it would remain nothing more than thoughts. Flights of maybe, might be… So I decided to do something or more to the point to stop doing something and so I simply ‘forgot’ to take my “happy pills” each day and waited for the walls to come crashing down.

I will not kid you, I wanted to implode. I wanted to collapse mentally until there was nothing left but a shell. I didn’t want to think any more, to feel any more.

I wanted to break.

I have been to such a place before. It is familiar. Expected, even understood and I wanted it again.

I wanted to stand on the edge of the abyss and feel the wind in my hair. To hear the howls and screams. To feel the terror again.

More than anything I wanted to be consumed.

I still want it.

It’s a drug I cannot refuse, these thought and wishes of a never ending night.

To sleep and never wake.

It is as much a part of me as the blood in my veins.

Maybe everyone has a monster lurking deep inside.

I need to do research on this

Illinois warns insurance companies not to discriminate against transgender people: “”

Alright, here is the official update as to what has been going on with me in RL.

We are filling Chapter 13 in an effort to keep the house and our vehicle. Doing so will also allow us to get our finances in order and give us the chance to catch our breath. It isn’t going to quick or painless, it is going to take about 5 years and over $3,000 in fees and costs, but at least we won’t have to come up with all of it at once.

One thing we know now is, as hard as we have tried to keep our heads above water, we simply don’t make enough for a family of five to live in the economy. Our lawyer was surprised we have managed for this long.

It is going to require serious help from our family and friends, especially here at the beginning. The other thing is sitting down and creating a living budget and sticking to it no matter what. This was one of our problems, we would put together a budget and stay with it for a few weeks or months but then it was back to all of the bad habits.

We simply cannot afford to make the same mistakes; literally and figuratively.

On a personal note…

I made some bad, selfish decisions over the past several weeks as this has unfolded. One was to stop taking my antidepressant. The other was going back to presenting as male. I’m not going to go into details, but let me say things have not gone well. I am a wreck emotionally and psychologically. I haven’t been to therapy is more than a month now and it is beginning to show.

As of today I resumed my medication and I will present as female from now on, t least as much as I can… There are still some areas where it isn’t reasonable, but I understand my need to be full time better than ever. It is going to take time to get back to where I was before, but I will make it despite myself.

I have some very serious things to deal with and it is going to be some time before life returns to normal… if ever. As of this moment I intend to maintain writing, but I don’t know if it will remain every day or if I will have to take any time off.

The future, to say the least, is unclear.

Alone
By Kira A. Moore

Tonight,
There are
Are no stars,

The darkness
Of extenguished
Dreams,

Hope flees
Before
This bitter wind,

The cries
Of a
Broken heart.

The passage from day to night went by without notice or fanfare. A grey sky bled away to darkness, the shadows deepened until they had swallowed the world, India ink spilling across dirty snow. People passed by, gritty shadows trampling the slush into hard packed ice. Breath puffed out to hang in the air, a crystalline cloud quickly lost in the polluted air which clung to everything like dirty gauze over an open wound.

Kay sat on the edge of the window looking out through the place where she had scratched the thickening frost from the rippled glass. Everything seemed even more dreamlike when seen through the century old pane. From somewhere the knowledge crept into here consciousness, glass wasn’t a true solid so it sagged over time. She was sure sitting exposed to the ever changing weather would be enough to make anything sag in despair if nothing else. She shifted the cup in her hand. She wasn’t sure why she kept it, the liquid had gone cold long before. In fact, as she lifted it to chapped lips, she was surprised she didn’t find it had turned to ice. Still, the flat, bitter liquid seemed to taste of dead things, leaving her mouth and throat coated with a sickening, slimy residue.

With a sigh she stood up and stretched before walking through the empty apartment to the bathroom where she emptied the cup into the toilet, throwing it into the small trash bin she had left for no other reason than she just didn’t care anymore. Moving back to the front room she looked around. The only light came from the lamp across the street levying the room a pattern of black patches and sickly yellow stripes which did nothing to reveal details. Still, she could navigate this place with hr eyes closed. It’s dimensions forever etched into her memory. The wainscoting, the plaster which refused to accept enough paint to hide the stains of lifetimes. The fireplace she was too terrified to use after one romantic evening left the place filled with smoke and the firemen banging on the front door. The wood floors she had spent so many night refinishing. Her hands dark brown from the stain, her knees battered and bruised, a smile still on her face as she collapsed into bed each night because she was making this her place… no, their place.

A bitter laugh escaped her throat to echo off the bare walls. She had been a fool, deaf and blind. She had been warned; friends and family trying desperately to save her from herself… 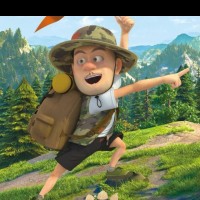