In recent years, US society has seen a sea change in the perception of transgender people, with celebrities such as Caitlyn Jenner and Laverne Cox becoming the recognizable faces of a marginalized population. Transgender rights have also become a mainstream political issue, and the idea that people should be referred to by the names and pronouns they find most fitting—whether or not these designations match those on their birth certificates, or align with the categories of male and female—is gaining acceptance.

Yet a biological understanding of the contrast between the natal sex and the gender identity of transgender people remains elusive. In recent years, techniques such as functional magnetic resonance imaging (fMRI) have begun to yield clues to possible biological underpinnings of the condition known as gender dysphoria. In particular, researchers are identifying similarities and differences between aspects of the structure and function of the brains of trans- and cisgender individuals that could help explain the conviction that one’s gender and natal sex don’t match.

Techniques such as functional MRI have begun to yield clues to possible biological underpinnings of gender.

The results may not have much effect on how gender dysphoria is diagnosed and treated, notes Baudewijntje Kreukels, who studies gender incongruence at VU University Medical Center in Amsterdam. “It’s really important that it will not be seen as, ‘When you see [gender dysphoria] in the brain, then it’s true.’” But the insights from such research could go a long way toward satisfying the desire of some transgender people to understand the roots of their condition, she adds. “In that way, it is good to find out if these differences between them and their sex assigned at birth are reflected by measures in the brain.”

6 thoughts on “Are the Brains of Transgender People Different from Those of Cisgender People? | The Scientist Magazine®” 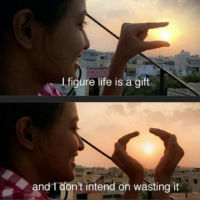