There are times when something wells up inside, it is dark, thick, and vicious… In many ways it is akin to a solar eclipse, darkening the world, robbing my eyes of sight, my heart of hope.

It is here tonight.

I don’t know if it is regret or mourning. Knowing life is changing in ways I couldn’t expect. I decided to come out to my foreman here at work, to give him a little ‘heads up’ regarding some of the changes I expect to happen in the next year. He took the news in stride; I’m not sure what I expected, if anything, but I guess it wasn’t this sort of “ok, do what you need to do” sort of attitude. I suppose I should be grateful… and I am when I think about it. He did give me some useful suggestions, speak to HR first, then the union, (which I hadn’t thought of at all), before speaking to our supervisor or department head. His concern was the same as mine, with our coworkers and he said the head of HR will be able to explain what to do if there is any harassment, what laws and procedures would apply to me from this moment forward.

So, I have taken the first, small step to coming out officially at work…

This is a direct result of something else which happened today, which was I have been feeling out of sorts and I couldn’t put a finger on why exactly. When I went to get my youngest off the bus this afternoon, I did so in what I now call “work mode” which just means I’m pretty much in “him” mode for lack of a better way of explaining it and I thought to myself, “I can’t keep doing even this.” When A came home I mentioned it to her and she immediately pointed out I wasn’t “proper.” She was right of course, just as I was earlier.

I thought, foolishly, I could get by with a 90% effort… I was wrong.

So now the doubt and guilt and recriminations have begun to eat at me as they always do… and I think to myself, I need to shut up, shut down, and keep all of this to myself. Locked safely away in my head and heart. No, let me be completely honest, This voice in my head tells me to “Shut the fuck up.” To quit bothering everyone around me with these foolish, childish desires. To grow up, get a life, and accept reality no matter how inconvenient or annoying it may be.

Such thoughts break my heart but I cannot stop thinking them.

It doesn’t matter how much I hurt or how many tears I shed, they are always there.

I went to therapy today. It’s been over a month since my last session and I wasn’t sure if I even wanted to go back, but in the end I know it was best for me. Jodi wasn’t really happy about some of the things which have happened and we talked about them at length… Stopping my antidepressant was probably the one thing which bothered her the most, but I assured her not only am I taking it again, but I have a stronger prescription.

We talked about many things today and she asked questions, many of which I still don’t have an answer for, well, not really…

Why do I feel I am failing?

Why do I feel I need to punish myself?

In what ways do I punish myself? (I was able to answer this.)

Why do I insist on trying to ‘go back’ at times like these, even when I know I really can’t?

This was the main thrust of our discussion. Another avenue we followed was what I was doing today… After my session A and I took the boys fishing. Because I knew I would called “dad” more often than not, I decided to go in “boy mode” just to make things easier. Well, Jodi wondered what I was expecting to happen. After all, 95% of the time no one is going to take notice and even if they did they likely wouldn’t say anything.

She also pointed out, more often than not, regardless of how I present, I am tagged as female so trying to present as anything other than Kira is sort of pointless.

True, I’m not going out of my way to advertise myself, but people pick up on such things and make their own assumptions. Unless I make an issue of it, no one seems to care one way or the other.

Just another example of my projecting my insecurities onto others.

I’ll admit I have a problem when it comes to dealing with stress, to accepting some things are out of my hands and really were never within my control in the first place… No, I feel as if anything bad is my fault, that I cannot do anything right regardless of how hard I try. As they say, I am my own worse critic and I try to hold myself to impossible standards.

Of course I fall short and when I do I find ways to hurt myself. When I was younger, it was physical and spiritual. Now it is more emotionally and mental. Funny enough, it’s out of fear of how A would react to some of the things I use to do to myself, lashing out physically, bruising and scaring myself, breaking bones… I know if she saw any of it she would have me committed and I don’t want to go through that again.

So instead I seek to keep my scars out of sight… emotional, spiritual, mental…. I’ve lost count of the ways I found to make myself bleed…

The part which hurts the worse? Knowing in doing these things I not only hurt myself but those around me even though they deserve none of it. 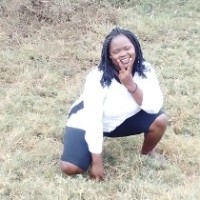 indie author, The Old Love and the New

Jesus is my shepherd

indie author, The Old Love and the New

Jesus is my shepherd