Gender identity development is a complex process involving multifactorial interactions among genetic, hormonal, social, and psychological factors. As a result of this complex process, there are different gender identities, including, among others, female, male, nonbinary, agender, gender nonconforming, gender fluid, intersex, pangender, genderqueer, or androgynous. Whereas biological sex (i.e., the sex assigned to an individual at birth on the basis of the anatomy of the reproductive system) and gender identity (i.e., the subjective identification of an individual as male, female, or one of the other gender identities) coincide in most people, there are individuals who do not identify with their biological sex. The phenomenon of gender incongruence (GI) is more widespread and relevant than often thought.

Attacks on trans people are also attacks on science itself

Not long ago, Republican Congresswoman Marjorie Taylor Greene — who opposes passing the Equality Act, which would guarantee federal civil rights protections for LGBTQ Americans — hung a sign outside her office. Her sign read, “trust the science.”

If only she — and like-minded others — would.

The Science Behind Those Anti-Trans Healthcare Bills Is Bullshit, According To Experts

Every major US medical group supports gender-affirming care for transgender youth, but experts say a vocal minority of “fringe extremists” has found receptive ears in legislatures across the country.

Researchers have grown vaginas in a lab, and the organs are working normally in four teenage patients who were among the first people to receive such an implant, scientists reported today.

All of the patients in the study underwent surgery five to eight years ago because they were born with a rare genetic condition in which the vagina and uterus are underdeveloped or absent.

Scientists grew each vagina from the patient’s own cells, and then implanted it in her body. So far in the follow-up, the treatment has been successful, and the patients who are now sexually active have reported normal function, according to the study, published today (April 10) in the journal Lancet. [7 Facts Women (And Men) Should Know About the Vagina]

Between the (Gender) Lines: the Science of Transgender Identity – Science in the News:

Gender identity haunts every aspect of our lives, dictating the outcomes of our conversations, our workplaces, our relationships – even our bath products. Before most infants are named, they are assigned a sex based on the appearance of their external genitalia by a third party. These decisions are dolled out in a typically binary fashion, with no expectations for ambiguity. This is the norm – but has this simplicity led us astray?

About the gender binary | Vintologi:

Transphobes often promote a binary view of sex/gender where you are stuck with the the sex you are born as, this of course doesn’t hold up to scientific scrutiny. They cannot get their story straight on how people should be divided into 2 biological sexes, when you refute one thing they move on to the next.

The Disturbing History of Research into Transgender Identity – Scientific American:

An obstetrician-gynaecologist (OB-GYN) has perfectly shut down the idea that biology and science invalidate trans and non-binary people’s existences.

A new study led by researchers from the Hudson Institute of Medical Research in Australia has identified 12 significant genetic differences between transgender women and non-transgender males. It is hypothesized that these genes, known to be involved in sex hormone signaling, possibly contribute to a person’s ultimate sense of gender identity.

The study analyzed the DNA of 380 transgender woman, compared to a control of 344 non-transgender males. The results identified twelve functional genetic variants in transgender women correlating with genes involved in regulating the sex hormones estrogen and androgen.

“This is the world’s largest and most comprehensive study examining changes in genes that control sex hormone signaling in transgender women,” says lead author on the study, Vincent Harley. “It identifies several new genes or genetic variations never before looked at in gender dysphoria.”

Sometimes you find a tiny patch of rock in an underwater cave that’s so perfect that you just have to sit there for seven years without moving. According to a new study in the Journal of Zoology, a salamander living in a cave in Bosnia and Herzegovina has done just that, after it was observed on the exact same spot for 2,569 days. 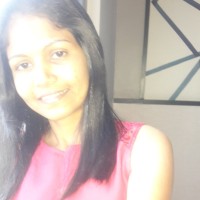